Monroeville – October 13, 2016 – At the request of state Sen. Jim Brewster (D-Allegheny/Westmoreland), the Senate Democratic Policy Committee today held a hearing on the role of charter schools in public education.

“I hope today’s hearing gives us a better sense of how the charter school system works; how it complements or detracts from traditional public schools; and ways we can make these schools more efficient, transparent and accountable,” said Sen. Lisa Boscola (D-Northampton/Lehigh), who chairs the committee.

Brewster, who is introducing charter school reform legislation, added, “Charter schools must be accountable to the taxpayer and demonstrate that they are fiscally sound and properly supported by the community. 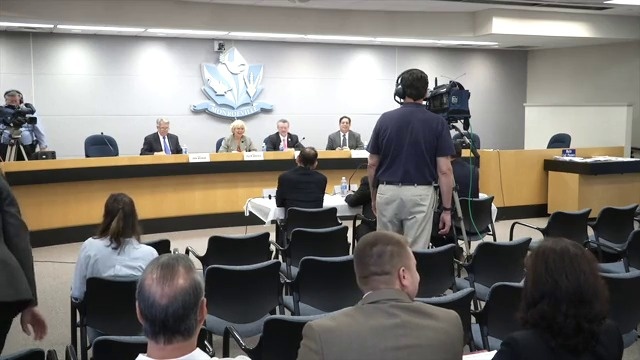 “I asked that this hearing be held in Monroeville to give our region’s school officials, as well as representatives from the charter school community, the opportunity to offer their views on this important issue.”

Boscola said she was pleased with the diverse make-up of the panel, which included state officials, public school superintendents, charter school administrators and others.

Many of the critical findings recommendations in DePasquale’s 2014 charter school report were incorporated into Brewster’s legislation. The bill would require greater school board and Department of Education oversight, toughen the fiscal viability requirements for charter school applicants, ban charter board members from having a financial interest in leasing arrangements, step up teacher certification, and require approval from all of the school districts where a charter school draws 25 or more students from. The Brewster legislation would also place a moratorium on new cyber-charter schools.

According to the state Department of Education, Pennsylvania has 162 “bricks and mortar” charter schools (20 in Allegheny County), and 14 cyber charter schools.

“The two most obvious effects that charter schools have had on our school districts are that they have significantly drained the resources available to those students who remain in our schools; and created considerable increased costs for our taxpayers,” Skezas said.

Ron Sofo, who serves as CEO of the City Charter High School in Pittsburgh, countered that his school provides a quality education “at $6,000 to $8,000 less per pupil than our authorizing school district.” He argued that charters and public school districts should engage in more collaboration and less competition.

The following testified at the hearing: